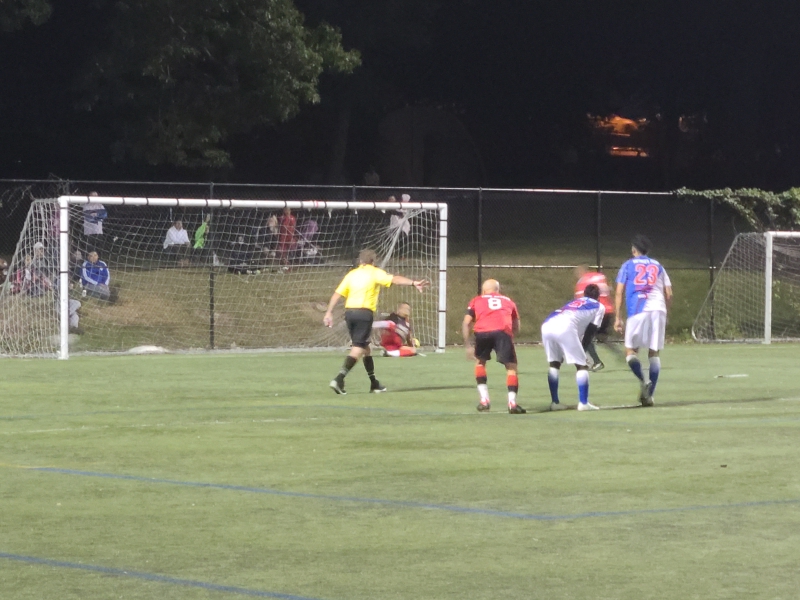 The Port Chester Football League has concluded its 26th version with a hotly contested match from the kickoff between Deportivo Suchi and United.
Deportivo Suchi will open the scoring in the 38th minute of the first half. Mike Dixon forces a play in the small area with the two central defenders and finds a loose ball to define before the goalkeeper’s vain attempt.
In the 44th minute of the 1st half Carlos Rabanal disputes an aerial ball in the small area before the untimely departure of Omar Hernandez, United goalkeeper; Carlos combs the ball that aguishly enters the goal to decree Deportivo Suchi’s second goal .
With a 2-0 against, United enters the field determined to turn the game around as it has done on other occasions. In the 12th minute, in a play where Santiago Salvador enters the small box with a dominated ball, he is fouled and knocked to the ground, the referee decrees the penalty kick. Martin Alvarez of United is in charge of the execution. Martin adds one more to his goal collection for a total of 12.
In the 38th minute, United’s # 23 Silva Lujan receives a red card for a violent conduct, Santiago Salvador angrily complains, verbally assaulting the referee and is also sent off. Then Raymundo Santiago is also expelled for the same reason, these steps are followed by the assistant coach Rafael and then the rest of the United bench. The Referee gives them time for these expelled to leave the field of play, by refusing to do so the referee determines the culmination of the game, thus enabling the passage to the new champion.
Congratulations DEPORTIVO SUCHI…!
SUMMER 2020 CHAMPIONS