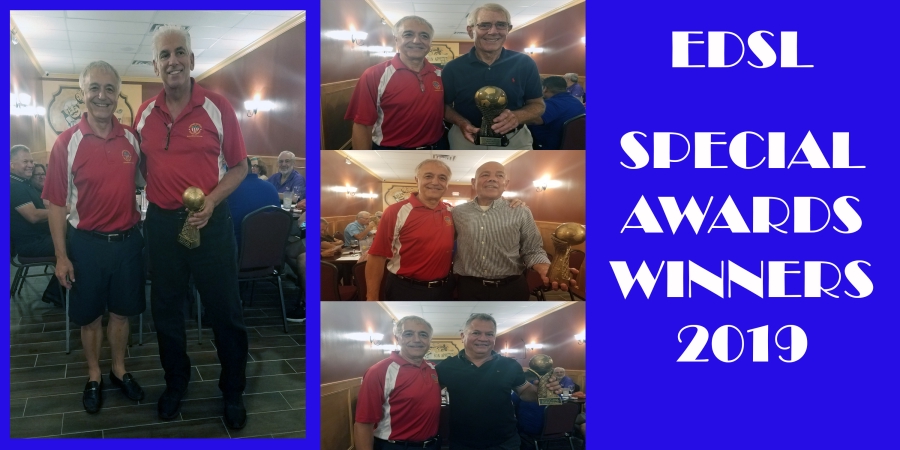 Augie Cambria – Augie worked for the Yonkers Parks department from 1979 eventually becoming the deputy commissioner and the commissioner from 2007 to his retirement in 2016. He has helped the EDSL for over 25 years in helping secure soccer fields for the league to operate.
He was the main reason why the LDY division became member of the EDSL and ENYSSA. Since his retirement he has continued to be the registrar the treasurer and an active member of the EDSL board of directors.

Gilbert Ventura – founder and still manager of the Olimpia soccer team in Newburg NY. Gibert was influential in bringing in 2 separate divisions into the EDSL the Newburg and Middletown divisions.

Rafael Quijada – Rafael has been involved with one team or another since the early 1990. He has even represented the EDSL has a starting goalie for their all-star team.
He has formed many teams and been involved in 3 EDSL divisions the Open, Port Chester and the LDY.
He became president of the LDY and still has a team New York El Salvador in the LDY division.

Jiri Novak and Peter Fatol of the Czechoslovakia team that has been with the Open and O30 division of the EDSL. Only team that won 2 state cups consecutively first as an open team after has an Over 30 State Champs

Joe Ulrich – Germania president for many years he has supported the EDSL for many years. Germania is the biggest EDSL club has their own field and headquarters in Poughkeepsie NY and has had 6 teams in 6 separate divisions. (U23 O30 Fall, O30 Summer, Indoor, O40 and O48)